A convicted criminal has recently declared the British Police force are inconsiderate twats.

“The police are dickheads and all they do, apart from arrest me, is eat doughnuts and look busy”, says Matt Clark, Liverpool, who has a criminal record including robbery, assault and drink-driving.

“I’m clearly being discriminated against. The last time I was arrested, I only stole two bikes and an old microwave. They were collecting dust in the blokes’s garage, so I doubt he needed them. It’s political correctness gone mad. Anyone would have thought I was Adam Johnson.”

Clark, who still has two years left on his sentence, hopes to return to a ‘free country’ when he is released.

“It’s not like I’ve ever hurt anyone. Except for that guy who had a go at me for squeezing his girlfriend’s arse, but he had it coming. Oh, and the home-owner who I threw the old microwave at.”

“Ironic that I’m the one doing porridge now. And he’s seriously injured.”

“But I’ve never touched any kids in my life. Or played for Sunderland.” 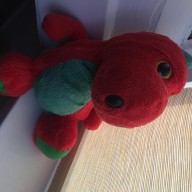 “I know how it ends” say Game of Thrones fans

A Scottish woman has declared her fierce support for presidential candidate Donald Trump. "If they don’t want Donald Trump in America, we’ll absolutely have him",...